"Is coffee bad for you?" is a popular question. "Don’t talk to me until I’ve had my coffee!" is a popular phrase. Coffee has a lot of positives – and one awful consequence.
Donald D. Hensrud, MD, MS 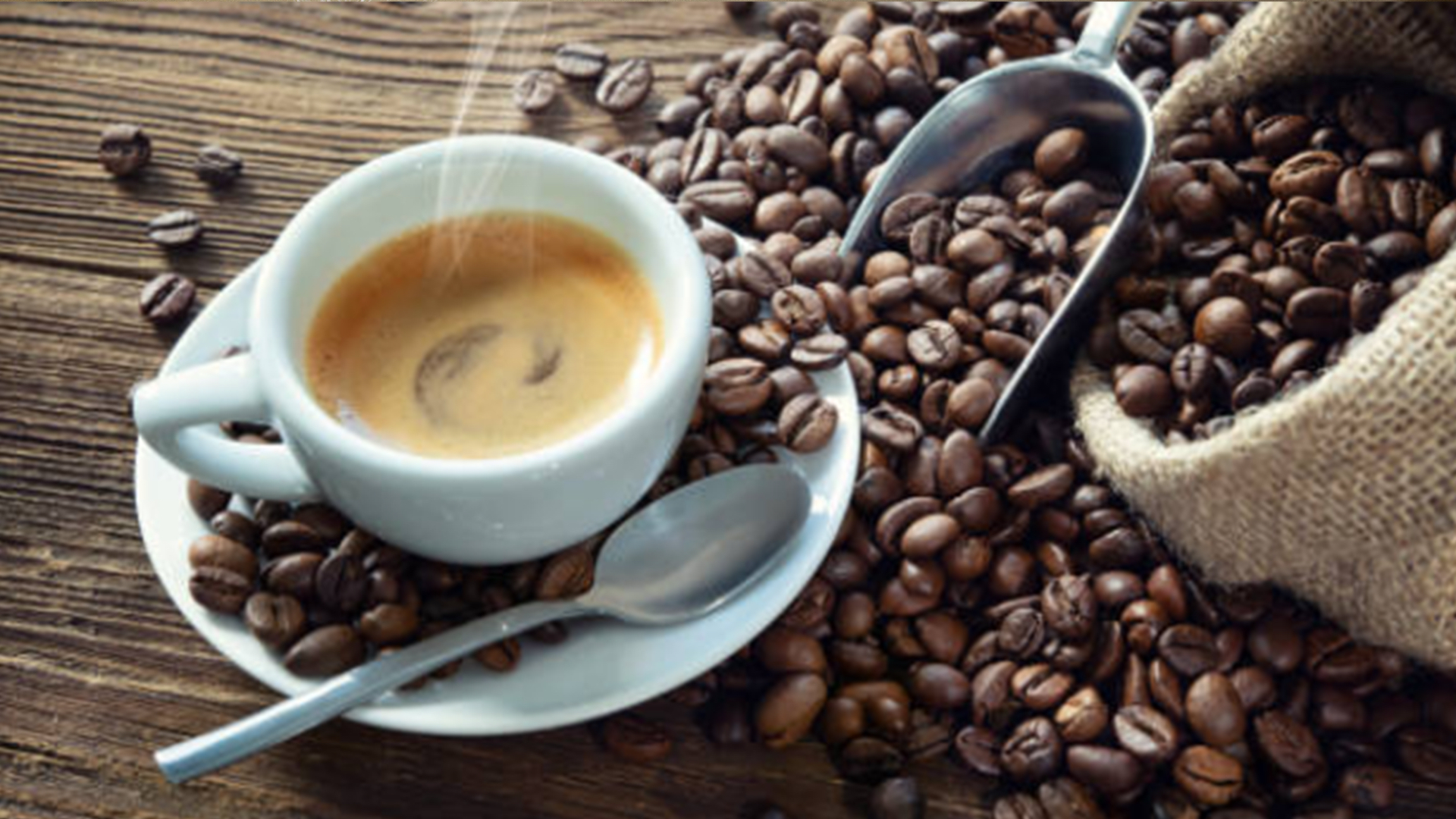 Disclosure: how many people this morning had their coffee or googled, “coffee near me?” Sixty-four percent of Americans drink coffee every day. Your patients probably come in once in a while and say some of the things that my patients do. “I drink too much coffee.” I'll say, why? “Well, it's not that good for you.”

Coffee originated in the Middle East. Filtering started in France, the U.S. consumption, we used to drink tea years ago. But tea imports were cut off in the War of 1812. And that's when coffee increased.

Starting as a fruit, the bean is inside the fruit of the cherry. And when it ripens, it changes from green to red.

WHAT DIFFERENT TYPES OF COFFEE ARE THERE?

You'll see this coffee a lot. One hundred percent Arabica is the most common coffee produced in the world.

Robusta is an inferior coffee with a little bit higher caffeine content. The unripe green fruit and the ripe red fruit of coffee both go through various processing, drying, roasting, grinding, and brewing before eventually going to Finland.

The Finns drink the most coffee around the world, followed by Norway. The U.S.A is only 20th on the list.

If you're really into coffee, you want to get the most expensive coffee. There's one called Kopi Luecke from Indonesia. It goes for $100 to $500 a pound.

The story is the Asian palm civet eats the berries of the beans, which pass through their intestines and are later recovered. I'm not sure I'd want that job, but somebody has got to do it, I guess. Internal proteins in the oil glands may contribute to flavor.

This coffee will go in some nice restaurants for up to $50 a cup.

WHAT IS COFFEE MADE OF?

There are many different things in coffee. Of course, caffeine is the major component that people are familiar with. It's a stimulant that causes a little bit of diarrhea. The content varies widely in coffee, but the average is about 100 milligrams.

So if you think about an 8-ounce cup, that's 100 milligrams. If you've noticed that you feel a little bit more of a buzz when you purchase coffee at one chain versus another, there is some validity to that. They contain a little bit more caffeine.

The coffee average intake is about two cups a day, or a couple of hundred milligrams a day in the U.S. Coffee is a major source in adults, while soft drinks are the major source in kids.

There are other things in coffee. There are dye turbines that raise LDL cholesterol a small amount. But if the coffee is filtered, it filters out these components. In Scandinavia, they often drink boiled coffee or espresso that isn't filtered, which will slightly raise cholesterol.

There are many antioxidants compounds in coffee, and there are even trace amounts of vitamins and minerals in coffee. There are over 800 different components, and among people who consume coffee, it's probably the largest source of antioxidants.

IS DECAF BETTER THAN REGULAR COFFEE?

There are some issues about how to classify caffeinated versus decaf coffees in population studies. And interestingly, it's metabolized on a genetic basis that influences one of the enzymes, CYP1A2, that metabolizes coffee. So some people have fast acetylation or a fast metabolism.

Some people are slow. That may indicate the propensity for side effects and health effects. My wife has a fast metabolism. She can have a cup of coffee and go to bed.

If I have one in the late afternoon, I'm up that night. So I'm a slow metabolizer. Smoking also increases caffeine clearance.

THE HEALTH EFFECTS OF CAFFEINE

Let's look at some of the different health effects. There seems to be a difference between acute intake and chronic intake of coffee with a couple of these parameters.

There's no threshold effect. Strictly from a diabetes standpoint, the more coffee you drink, the less risk of diabetes you have. Now, this probably doesn't have the same effect as body weight and other risk factors. Nonetheless, this is what the data shows.

If you look at Parkinson's disease, a meta-analysis showed a protective effect primarily in men. One cup increases alertness. There are positive effects on cognitive performance.

Acute consumption may have a slight risk, especially in slow metabolizes. But overall, there isn't much decrease in cardiovascular disease.

Contrary to popular belief, clinical trials and prospective studies have not found that coffee increases cardiac arrhythmia, such as atrial fibrillation. Maybe a relationship with benign palpitations in some people.

In regards to cancer, early studies showed positive associations between caffeine intake and pancreatic bladder ovarian cancer. I specifically remember a study over 30 years ago in the New England Journal of Medicine that showed a relationship with pancreatic cancer. People will still bring up that study. It was not a good study.

It was confounded by other factors. I believe smoking was involved – that's what some of the earlier studies also had problems with. It was often due to confounding factors, but prospective studies have observed significant inverse associations with various cancers, and recent studies have been better designed.

THE LARGER PROS OF CAFFEINE

And there's also the effect with GERD and – this is interesting too – childhood acute leukemia from maternal consumption of coffee. It also has an effect on miscarriage. So women who are pregnant should avoid large amounts of coffee and caffeine.

IS COFFEE GOOD FOR ME?

With regard to energy expenditure, it does increase metabolic rate. It's a powerful eugenic aid that can actually improve endurance and decrease time, which is why the International Olympic Committee has a limit on caffeine consumption.

Although coffee increases metabolic rate, it is generally not associated with decreased weight — a very small amount in studies.

STIPULATIONS TO THE COFFEE DIAGNOSIS

So these are all prospective population-based studies on the total in cause-specific mortality. It's hard to do randomized trials in nutrition. It's hard to say whether you have drunk coffee for 20 years and you haven't. So we have to look at population studies.

Now, the problem is you can't prove cause and effect. There's a residual confounding that could be responsible for the effects you can't control. Nonetheless, these are all very large studies. All of them showed a decrease in total mortality from coffee intake.

And the point here is to look at the person's years of follow-up. There's a lot of power to detect associations, and there are consistent results from these different studies. It's been shown both in caffeinated and decaffeinated coffee.

CAN I STILL HAVE MY STARBUCKS?

Starbucks has a venti coffee that has 600 calories and 14 grams of saturated fat. They actually decrease this. It used to have 700 calories, so they're moving in the right

direction. Although coffee and caffeine have a diuretic effect, the Institute of Medicine report on fluids some years ago says it does contribute to total fluid intake overall.

The body's pretty smart. It'll hang on to fluid if it's dehydrated, both from coffee and from alcohol. So the fluid intake from coffee does count.

So, to summarize, if you look at the data, there is pretty consistent data on the health effects. The one issue is pregnancy. There's an increased risk of miscarriage in childhood acute leukemia for maternal consumption of coffee.

This should be the limiting factor in coffee consumption, not the belief that it's going to decrease your overall health. If somebody is a slow metabolizer, or they're experiencing any of these side effects, they should cut down on their coffee intake.

And you're familiar with insomnia GERD and increased acid production. They should cut down if they're experiencing GI upset, either constipation, diarrhea, or urinary symptoms, particularly in men who are BPH or predisposed to palpitations.

If I see someone who's drinking a lot of coffee and they have some of these things, I'll talk to them:

“I know you like your coffee, but you could try and experiment. Don't go cold turkey, gradually taper over time. Cut down and stop for a while. Then restart, and you'll see the difference. If coffee is responsible for the side effects, then you can make an informed choice. Maybe you're willing to put up with the side effects if you experience them and continue to enjoy your job, but at least then you know.”

‍
To learn more about this topic, click here.