How to perform a Lumpectomy to remove the cancer part of the breast while preserving the breast itself. Breast therapy doesn't have to take everything.
David R. Farley, MD 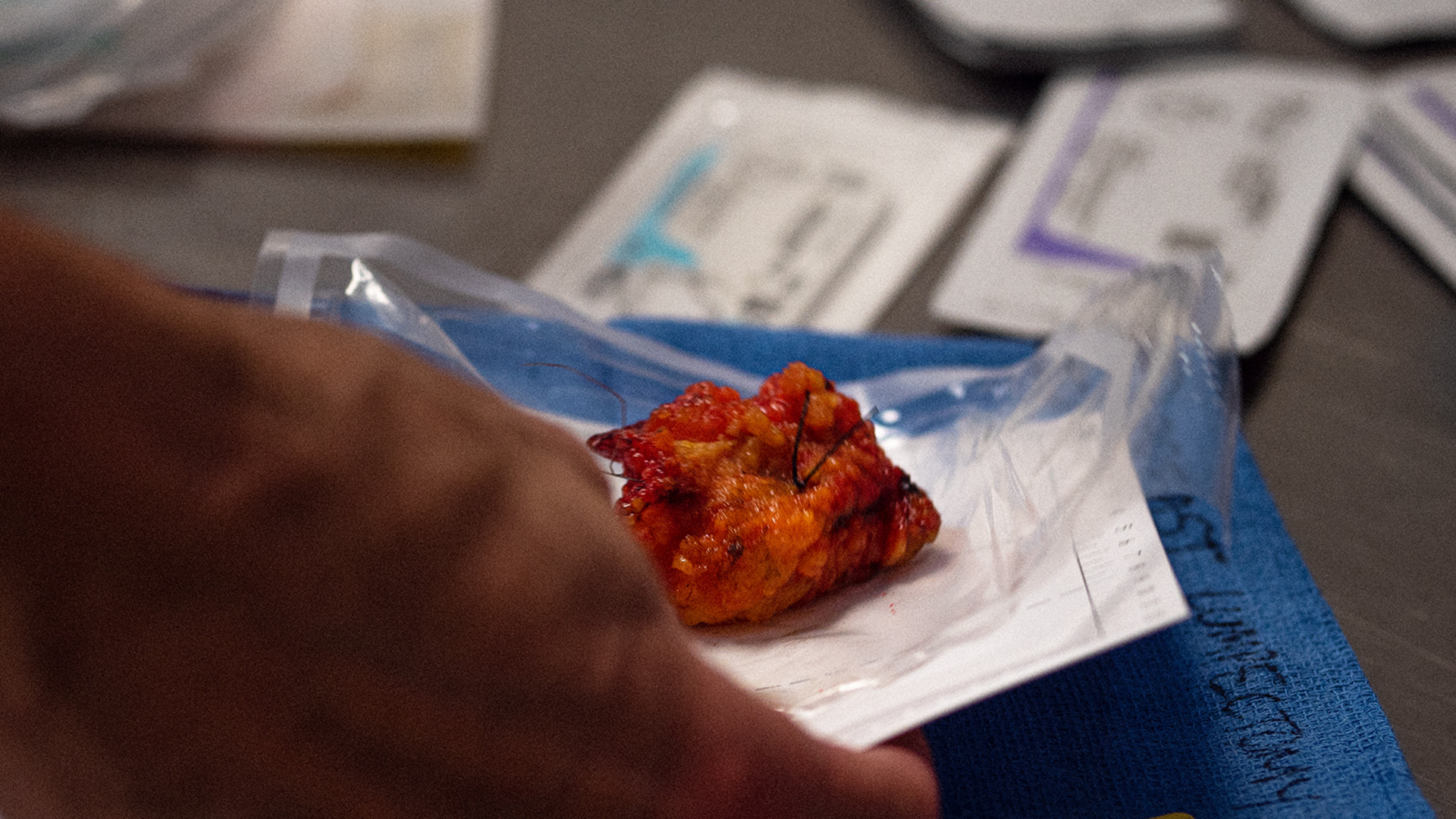 Lumpectomy is the removal of the suspicious lesion without the removal of the whole breast, therefore not requiring reconstruction. It is used to remove both invasive (invasive ductal, lobular) and non-invasive cancers (DCIS, LCIS) of the breast.

Indications: Breast-conserving surgery is considered the treatment of choice for non-metastatic breast cancer when the tumor can be removed with negative margins and a favorable cosmetic outcome. If patients are not willing to undergo or have a contraindication to adjuvant radiation treatment, they may not be candidates for breast-conserving therapy.

Procedure Description: Breast-conserving therapy begins with the surgical removal of the primary tumor (lumpectomy). Pre-operatively, radiology may place wires defining the lesion to aid the surgeon with localization in the OR. An incision is made directly superficial to the lesion or placed circumareolar, within the inframammary fold, or along the lateral contour of the breast to improve cosmesis and allow the best access to the tumor.

Regardless of the location, the incision should follow Langer’s lines. The tumor is excised and oriented for pathological evaluation with a stitch or ink to ensure negative margins. The defect is closed cosmetically. Attention is now turned to the sentinel lymph node dissection. With a radiotracer probe, the sentinel node is identified, removed, and sent for pathology.

A randomized controlled trial comparing total mastectomy, lumpectomy, and lumpectomy plus radiation therapy in patients with tumors 4 cm or less and clinically negative lymph nodes. The study population of 1,851 with clinically negative lymph nodes was followed for 20 years. No significant difference was observed in disease-free survival, distant disease-free survival, or overall survival between the three treatment groups.

They found a hazard ratio of 0.94 for those who underwent lumpectomy and radiation when compared to those undergoing mastectomy. The authors concluded lumpectomy with radiation is an appropriate therapy for those with negative margins and good cosmetic results.

A randomized control trial of 856 women with invasive primary breast cancer, no palpable axillary lymphadenopathy, and maximum of 1-2 sentinel lymph nodes with metastases. In addition to lumpectomy, irradiation, and systemic therapy, two groups were treated with either sentinel lymph node dissection or axillary lymph node dissection and followed for almost 10 years to collect data on survival and recurrence of cancer.