Metformin: How To Go Beyond Metformin When Treating Diabetes 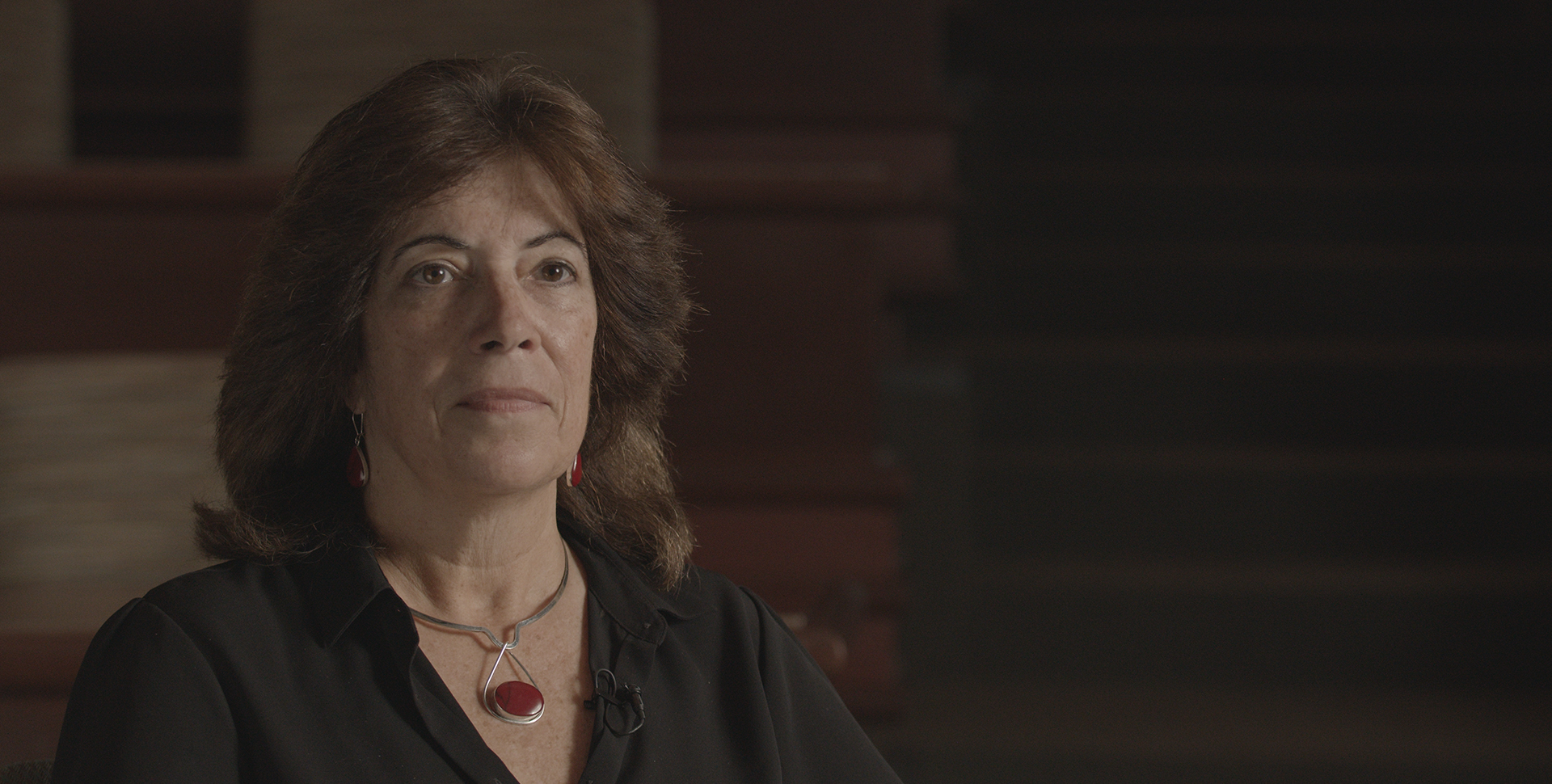 “Hello, I am Dr. Regina Castro, I am a consultant in the Division of Endocrinology at Mayo Clinic and was an associate professor of medicine. And today, I'm going to talk about how to go beyond metformin when we need other options for treating people with Type 2 diabetes or when metformin is not enough.

WHAT IS THE HISTORY BEHIND DIABETES MEDICATION?

So when we look at treatment for diabetes over the past three decades, we've come a very, very long way. Back in the day, when I was a fellow in training in endocrinology about 20 some years ago, we had a few options for treating diabetes. We had the sulfonylureas, and at that time, we still had some of the first-generation sulfonylureas, although they were being used a lot less back then. And some of the newer agents, the new class of sulfonylureas–Glipizide and Glimepiride–had become available right around that time.

We had a few options for insulin. We had intermediate insulin and PH, regular lente, and we had one long, acting insulin, which was the ultra lente. And then we had our old friend metformin, which had been around for many, many years, even back then.

Fast-forward 25 years later, and today, we have a tremendous amount of options to treat diabetes, to the point where it's almost overwhelming. I can understand how people generally in primary care have difficulty choosing between all of the agents that we now have available. To be fair, even those of us who dedicate our lives to treating people with diabetes sometimes have a hard time keeping up with all of the new drugs, as many are coming out in the market very frequently.

WHAT ARE MY PATIENTS OPTIONS?

We have the new class of medications that have been around probably for the last decade and a half. These include the DPP-4 four inhibitors and GLP-1 receptor agonists.

Additionally, we have a new class of agents that has come around probably in the last five years. The SGLT-2 inhibitors, the new kids on the block. These are drugs that basically stimulate the release of glucose in the urine or basically prevent glucose reabsorption from the kidney, therefore increasing glycosuria. And we have some of the old agents that are still around, but probably less used.

We have, for example, drugs that act at the level of the pancreas, stimulating insulin release, tackling the problem of beta-cell dysfunction. Amongst them, we have the sulfonylureas and the meglitinides, as well as the incretin medications. We have insulin sensitizers, some like metformin, which is predominantly in the liver, and the TCDs that have their major effect on the muscle and fat tissue.

IS THERE AN IDEAL DIABETES DRUG?

All of these drugs and all of these mechanisms have the common effect of lowering glucose levels. So when we think of the ideal diabetes drug, we think it should have a number of features. It should be easy to administer, preferably orally or, if it's injectable, hopefully injecting once a day or at most twice a day. It should be unlikely to cause symptomatic side effects, but in particular, we want to avoid hypoglycemia.

So this is a clinical case with a once real patient of mine: a 69-year-old woman who is obese, who has Type 2 diabetes for 12 years.

So what is our goal? Hemoglobin A1C. And what would you recommend next for treatment for diabetes, since she is already maxed out on metformin? And grant you, there might be more than one correct answer, but think through this.

In this day and age of individualized medicine, this old pattern that one size fits all is no longer acceptable. Not only the American Diabetes Association, but pretty much every organization that deals with the care of patients with diabetes has recommended that we individualize the goals of treatment of patients with diabetes based on their comorbidities, personal preferences, and a variety of other factors.

And therefore, factors that we need to take into account when setting our goals include the risk associated, for example, with hypoglycemia–whether the patient has been recently diagnosed with diabetes or has had diabetes for a long period of time, whether they have short or long life expectancy, and if they do or don't have important comorbidities.

The patient's preference should play a role, and we need to consider the resources and support system that the patient has, whether they have good insurance or not, because all of these factors are going to play a role in what therapies we choose to give the patient. Some of these factors are modifiable risk factors. Others are non-modifiable, such as, for example, the duration of the disease or the life expectancy.

WHY IS METFORMIN STILL POPULAR?

So when we think about providing high-value care, we think about giving the most effective treatment at the lowest cost. So when we choose a Type 2 diabetes drug, why is the first choice often the oldest drug, metformin?

There are a number of reasons for that choice. First of all, it has to do with its efficacy. The newer drugs are not always as effective in lowering blood sugar as metformin is. Metformin has added benefits in terms of lipids. It can also help lower LDL, and it has beneficial effects on weight. It is, at the very least, weight neutral, and in some patients, it may help them lose weight.

The second factor is its safety. The newer drugs are not safer. Metformin has the longest safety track record of any drug to treat diabetes on the market since it has been available since the 1950s. It does not carry any risk of hypoglycemia, unless it is used with a drug that does cause hypoglycemia, such as insulin. It does not have any cardiovascular adverse effects and in fact, many studies have shown positive benefits in this regard.

Furthermore, it has probably one of the lowest-cost drugs. The newer drugs tend to be far more expensive. But we need to keep in mind when using metformin, that there are some caveats that we need to avoid. For example, we should not be using metformin and patients who have decompensated heart failure. It is OK to use in patients with stable or compensatory heart failure, and we should also avoid it in patients with advanced kidney or liver disease.

OUT WITH THE OLD, IN WITH THE NEW?

We know that there is growing evidence that many of these new medication classes offer more cardiovascular safety in some cases and in many cases offer added benefits. So why are we not using them more frequently?

DPP-4, GLP-1, and SDLC-2 are definitely easy to administer. They are unlikely to cause symptomatic side effects. Studies show beneficial outcomes, and they do have favorable weight profiles in most of these medications. They're either neutral and, in the majority of cases, they lead to weight loss, which is an added benefit when we're treating patients with diabetes. And they're safe. Many of these drugs have not been around as long as metformin. But thus far, there aren't any major concerns. Long-term outcome data is still necessary.

But what these drugs are not is affordable. They're not low-cost. So just to give you a sense of the cost of these medications, and why we're not using them more: if we look at the old class of medications, you're going to see that they have a cost that ranges anywhere from a low $100s to about $700 per year.

That is not a huge cost if all of these drugs are covered by medical insurance, regardless of whether you're on Medicare or not. But the new drugs, if you compare the cost, are huge. $8,000 to $10,000 in general for the GLP-1 agonist, about $5,000 a year for the DPP-4, and about $3,500 for the SDLC-2 inhibitor. And because many insurance companies will not offer coverage, we're limited in how we can use them. Hopefully, this will change over time.

So if you think about this, the typical patient with Type 2 diabetes typically takes at least five different medications, and this is only for treating their diabetes.

They take glucose-lowering medications, usually metformin. Sometimes, there may also be a sulfonylurea or a second drug. They take aspirin, and most of them, because they have hypertension, they take blood pressure medications. And some patients may also be taking a beta-blocker if they have other comorbidities, for example, COPD. The list of medications that these patients are taking keeps growing, right?

HOW TO USE THESE DRUGS COST-EFFECTIVELY

For many patients, cost is an issue. As you know, this is typically an older population. Many are on Social Security and/or Medicare, and they have limited income. So cost is nothing trivial.

So, let's go back to our case study patient. This was the older woman who had multiple comorbidities. She was obese, had cardiovascular disease, and was already taking the max dose of metformin, but her diabetes was still not well. Her A1C was 8.6 percent. What should we do?

We need to remember that treating diabetes is not only about treating or lowering blood sugar. We have to see the patient as a whole. And there are many interventions that are going to help reduce the risk.

We need to treat her hypothyroidism because treating hypothyroidism may improve her LDL, as hypothyroidism is associated with increased cholesterol levels. And we may need to also increase the dose of pravastatin because, remember, her LDL was not a goal, OR we switch her to a more potent statin.

We need to adjust her antihypertensive medications because her blood pressure is still elevated. Think about what our goals should be for this patient. She's older, she has multiple comorbidities, and a probably somewhat reduced life expectancy, so we should pick less stringent goals.

I think, for this patient, hemoglobin should be our target. We shouldn't be aiming for less than 7 percent because we're probably going to get into more trouble. We talked about this, and we said, what would you recommend next? Stop metformin and replace it with a DPP-4, sitagliptin.

As you know, metformin is much more potent than sitagliptin and has very little effect on hemoglobin A1C. So definitely that's not the answer. But she's tolerating the metformin quite well. I wouldn't think that is necessarily the best option.

So ideally, if we had to choose and not take into consideration anything else, the ideal drug should be either Jardiance or a GLP-1 agonist such as Liraglutide. Why? Because these drugs have beneficial cardiovascular effects. They would help this patient lose weight, and they would also help with blood pressure.

Sadly, this patient was on Medicare, and her insurance wouldn't cover any of these two options. And instead, we ended up having to prescribe glimepiride. And yes, she did have some benefit from this.

It is very difficult to keep up with all of these medications. There are many, and many are coming every three to six months. I myself can't keep track of all of them. So I have put together this list with all the medications that have come about in the last decade or two with their names, both generic and brand names, for your reference. Thank you.”

To learn more and watch the video, click here.