How to keep you and your family safe from Covid-19 variants while traveling
Gregory A. Poland, MD & Halena M. Gazelka, MD 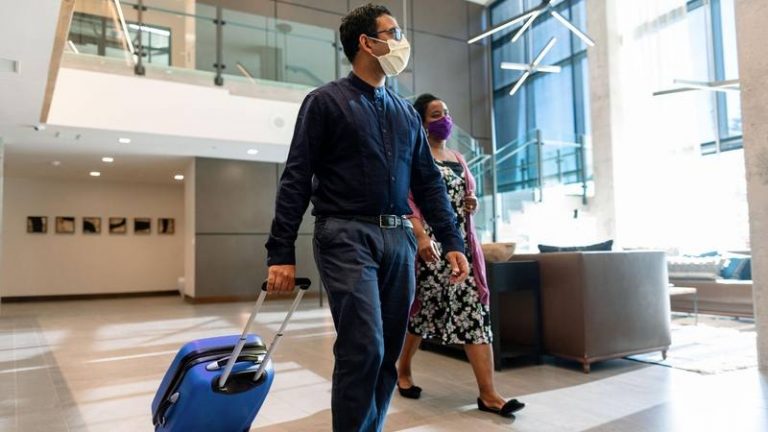 Dr. Greg Poland explains the risks and has some tips for those who have had the shot and those who haven't. If you're going to a location where immunization rates are low and the community number of cases is high, you're going into a danger zone, and you had better be immunized or take really strict precautions of masking and distancing and to some degree hand sanitization.

WHAT ARE THE STATISTICS?

When you look at the whole population in the U.S., about 55 percent have gotten one dose of vaccine and about 46 to 47 percent have been fully vaccinated. But we've got a long way to go.

HOW DOES THE DELTA VARIANT AFFECT YOUR PATIENTS’ TRAVEL PLANS?

So who does that mean? Kids that are not eligible to get the vaccine yet, people who are eligible to get the vaccine but have not been fully vaccinated yet, and maybe elderly people with a lot of comorbidities. Somebody who's very immunocompromised, for example, an organ transplant patient, ought to be wearing masks when they're around crowds or other people from outside their immediate home environment.

Now what we're seeing is the exponential rise of the Delta variant and even beginning infections with the Delta plus variant. And that's enough to give me pause to say these young kids that cannot get a vaccine yet need to be masked in a crowded environment like that.

BUT HAVEN’T WE ALREADY BEEN THROUGH THE WORST OF IT?

So should that make us more concerned about this being aerosolized indoors, outdoors, on surfaces than the original virus? It does have that implication for the primary reason that it's more transmissible due to viral titers or viral loads that are about 4 fold higher.

IS TRAVEL EVEN POSSIBLE RIGHT NOW?

Fortunately, when it comes to bus and train and airline travel, they have preserved the requirement for proper masking. That's really important when you have to realize you are potentially in an airplane with people who are infected who may not know it, and some who know it and get on an airplane anyway, people traveling from other regions of the US and from the world. You don't know what variants they're carrying. You don't know how symptomatic they are. You don't know the health of their immune system. And so you're wise to take all of that into account. And when you're around indoors, groups of people that are not in your bubble, so to speak, I think you should wear a proper mask properly.

And the issue is not what kinds of symptoms I'm experiencing right now. It’s will I pass this on to other people and might I have so-called long-term covid even from mild, moderate, or asymptomatic disease? So it's not just am I going to die in the hospital? That's important, especially at a public health level. But there are secondary considerations that I'm going to pass it on to my child or to my coworker who might be immunocompromised. Or am I going to develop mild to moderate disease and end up with a long-term side effect?

WHY IS THE DELTA VARIANT A PROBLEM?

MY PATIENTS THOUGHT WE WERE GETTING BACK TO NORMAL

In the U.S., 99.2 percent of covid deaths are in unvaccinated people. I predicted that we are entering the most dangerous phase of the pandemic for unvaccinated people. We are already seeing the warning signs of the people who are unvaccinated getting diseases severe enough to go into the hospital. And unfortunately, and it grieves me, this includes kids and young adolescents who don't have a choice about getting the vaccine, but whose parents or other relatives that they're exposed to have chosen not to get the vaccine and spread it to them.

To watch the full video: https://watch.giblib.com/video/8303