Tumor Cell Biodiversity within the Immune Ecosystem of Liver Cancer 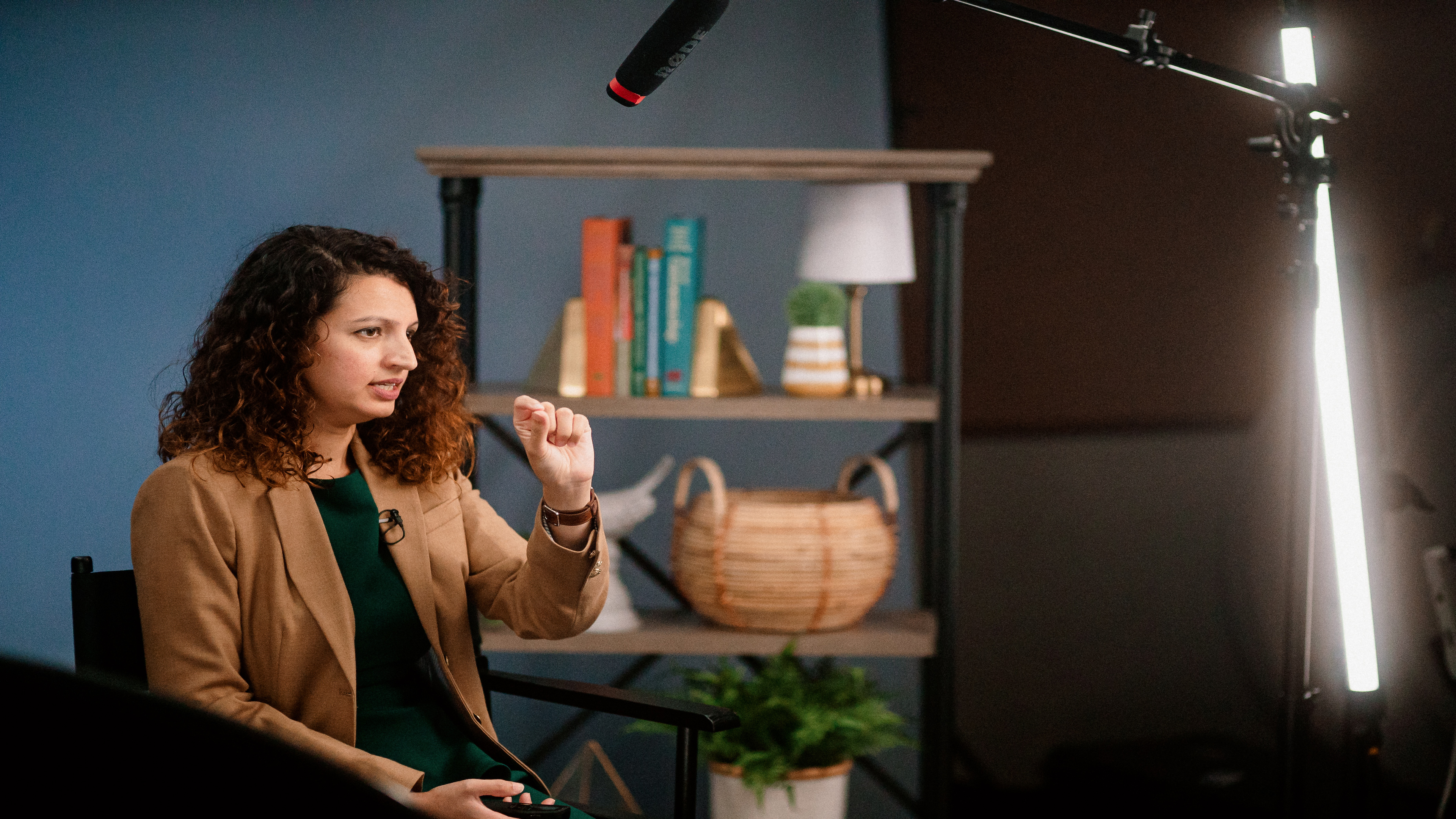 My name is Sumara Ilyas. I'm a transplant hematologist with a clinical and research focus on hepatobiliary neoplasia, and today I will be reviewing tumor cell biodiversity within the immune ecosystem of liver cancer.

I'll be going over emerging immunotherapies for cholangiocarcinoma, as well as discussing the tumor immune microenvironment and its therapeutic implications in cholangiocarcinoma. We'll start off with a case first.

We have a 62-year-old gentleman who presents with abdominal pain, malaise, and a recent unintentional 20-pound weight loss. His labs are notable for an alkaline phosphatase of 684, ALT of 120, CA 19-9 is 620, and CT abdomen images are shown.

So, which of the following would you recommend?

The CT images demonstrated a left-sided mass consistent with imaging features of intrahepatic cholangiocarcinoma. And the image on the right had demonstrated an omental nodule. This is consistent with metastatic disease. So, in this case, the answer is D: we would refer to medical oncology for consideration of gemcitabine and cisplatin.

WHAT ARE THE PATIENT’S OPTIONS FOR TREATMENT?

For patients with advanced cholangiocarcinoma for whom surgery or liver transplantation or local-regional therapies are not an option, the practice standard is systemic chemotherapy with gemcitabine and cisplatin, and that's based on this landmark paper that was published in the New England Journal of Medicine in 2010. And it showed that compared to gemcitabine alone, the addition of cisplatin offers a survival advantage, with median progression-free survival of eight months without a significant increase in toxicity.

So, cholangiocarcinomas are overall very lethal tumors with a five-year survival of less than 10 percent.

WHAT ABOUT IMMUNOTHERAPY FOR CHOLANGIOCARCINOMA?

These are very desmoplastic tumors with a dense tumor immune microenvironment that you can see in this photomicrograph to your left. And this tumor immune microenvironment has an abundance of immunosuppressive elements, such as myeloid cells, including tumor-associated macrophages. And the response to immune checkpoint blockade monotherapy has been disappointing in human CTA, and the interplay between the myeloid cells and the adaptive immune cells, which fight off the tumor cells has yet to be elucidated.

There have been limited results of phase two trials of immunotherapy in cholangiocarcinoma. This was a phase two single-arm trial that assessed the immune checkpoint inhibitor nivolumab in patients who had biliary tract cancers, including five with perihilar cholangiocarcinoma. In the intention to treat the population the median overall survival was 12.4 months. However, based on an independent review, the objective response rate was only 11 percent.

WHAT ABOUT COMBINATION IMMUNOTHERAPY?

So, the combination of anti-PD-1, which is programmed death 1, and inhibition with nivolumab and anti-CTLA-4 with ipilimumab, is also being evaluated in biliary tract cancers. And this is phase two trial data that indicated an overall survival of 5.7 months and progression-free survival of 2.9 months.

So, it's possible that patients who don't respond, have what we would refer to as a non-T-cell infiltrated or an immune cold microenvironment that has an abundance of the immunosuppressive elements I mentioned earlier, such as tumor-associated macrophages or other myeloid cells known as myeloid-derived suppressor cells. And targeting these populations in combination with immune checkpoint blockade may result in an improved response. The presence of tumor cells promotes activation of cytotoxic T lymphocytes, or CTL, with consequent tumor lysis.

Although we know that CCAs have an abundance of TAMs, the immunobiology of CCA has yet to be defined. So, in my lab, we've shown that PD-L1 positive tumor-associated macrophages increase in cholangiocarcinoma, and these PD-L1 positive TAMs promote exhaustion of cytotoxic T lymphocytes and increase tumor progression.

However, inhibition of TAMs promotes a compensatory emergence of another type of myeloid cell, which is, which are known as myeloid-derived suppressor cells, particularly a subset known as granulocytic myeloid-derived suppressor cells, or GMDSCs. And when we inhibited both GMDSCs and macrophages in our mouse model of cholangiocarcinoma, that potentiated immune checkpoint blockade in cholangiocarcinoma with a consequent reduction in CCA tumor burden and improvement in mouse survival.

And it's likely that effective therapy, immunotherapy for cholangiocarcinoma will require targeting of these immunosuppressive cells, along with combining that with immune checkpoint blockade using anti-PD-1 inhibition or PD-L1 inhibition.

So in summary, CCAs have a five-year survival of less than five percent. Systemic therapy with gemcitabine and cisplatin remains the standard of care for patients with advanced CCA. Immunotherapy has shown limited efficacy in CCA. And CCAs are desmoplastic tumors that have a very dense tumor immune microenvironment that not only has cytotoxic T lymphocytes but also has immunosuppressive myeloid cells, and we will likely need to be able to target these in order for immunotherapy to really be effective in cholangiocarcinoma.