What's the Regulations on Opioids? The Opioid Crisis in Arizona

Arizona was facing an opioid crisis until they passed a bill regulating opioid prescriptions. Did it work? Learn first-hand from an AZ pharmacist.
Eric A. Nelson, MS, RPh 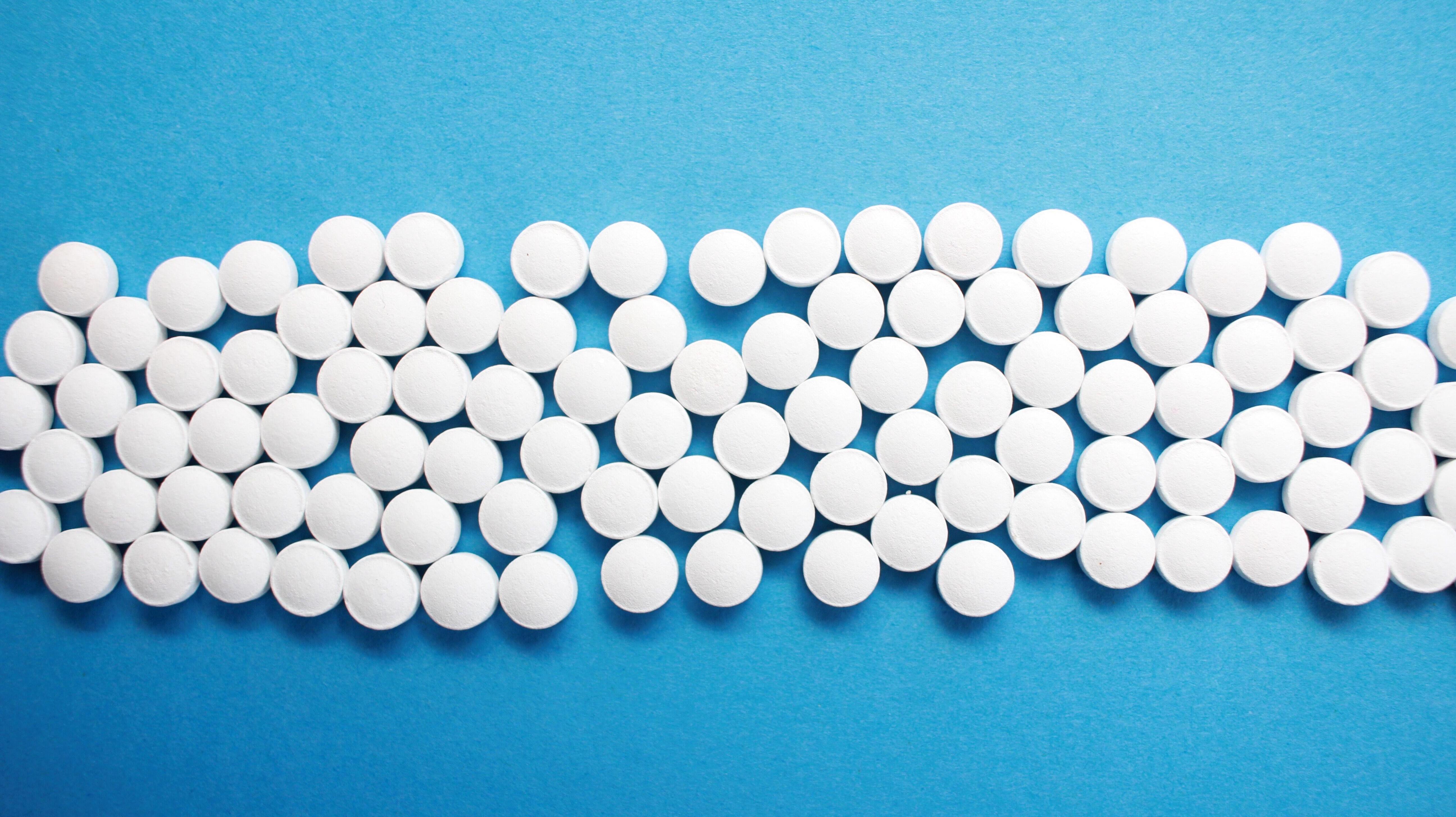 I have vivid memories of the early 90s here, especially when we had the Purdue reps marketing OxyContin. And how many times did they say, “Don't worry, it's not addictive.” Huh? What? We would have arguments in the department where the literature says it's non-addictive. I don't care what the literature says. Come on, it's an opioid. We know it's addictive.

I gave a nursing talk in November 2020, and I had pulled these statistics at the end of October. 3,683 suspected opioid deaths in Arizona since June of 2017. I pulled this on February 6th, 2020. Over the course of three months, we have 300 and some more fatalities here in Arizona from suspected opioid overdoses. So, 2,000 a month. I don't know what's going on with this number. I don't know if they reclassified some folks that it went down, but certainly naloxone doses were dispensed.

For those of you who don't know, in Arizona, there is a blanket prescription, if you will, for naloxone that the public can buy over the counter or, as pharmacists, we create a prescription from Dr. Carol Crist, who's the Arizona Department of Health Services medical director. So we use the naloxone, four milligram nasal, and you can buy that over-the-counter in our pharmacies. And then certainly, the number another 3,000 doses of Naloxone admission or NESA right off the DHS Website.

The other thing in terms of tracking things, naloxone kits ordered by law enforcement, I think the ones that caught my attention are the opioid prescriptions dispensed in the last month. So we're still churning out 2,060. That number continues to go up. And the average morphine milligram equivalent is not going anywhere. It's constant.

And we still have a requirement for checking, we call CSPMP, the controlled substance prescription monitoring program. We've got less than half of our folks checking it, according to these statistics.

THE SENATE BILL THAT CHANGED OPIOIDS IN ARIZONA

So, back in 2016, 2017, and then 2018, Governor Deucy and the legislature decided it was time to do something. Senate Bill 10001 became effective. And then the magic number became five days. You have to check the CSPMP. Certainly there's some exemptions here that make some sense. The other thing is there were some “prescription limitations” of not more than 5 days to an opioid naïve patient for non-surgical patients, and 14 days for surgical patients. There's ways to get around that. You can get a board certified pain specialist to consult. Naloxone must be co-prescribed.

It was interesting as we took this to our divisions and departments, we had a number of groups just say, “Hmm, five days, OK, well, five days is all the opioid I'm going to write.”

THE BIG TYPES OF OPIOIDS

So the big four, if you will, are hydrocodone – the morphine milligram equivalent factor is one to one. Oxycodone – the morphine milligram equivalent factors, one and a half to one. And then hydromorphone, the factor is four to one. And then Tramadol is actually one to 10, but Tramadol gets lumped into this group.

So here's the magic number in terms of how you can get to 90 morphine milligram equivalents. This has been one of the more popular things that I get requests for, especially from new staff. The realization, however, is that all these limitations on prescriptions are probably going to impact in a three to five percent range. But we certainly are spending a lot of institutional knowledge and effort to try to make that peace happen.

THE COMPLICATED RELATIONSHIP BETWEEN PHARMACISTS AND OPIOIDS

So as a pharmacist, we have the same requirement that, if we're going to fill an opioid or benzodiazepine prescription, we have to check the CSPMP. Now, we are not the police on this. The prescription comes to us. The state board of pharmacy said, “You can assume that the provider has done this. You're not picking up the phone call and saying, ‘Hey, you know, you're over 90 morphine milligram equivalents. Did you check CSPMP? Did you right now, Oxon.’ That's not part of our role.”

The regulations said we have to dispense opioids with a red cap. But if I have extra opioids, those opioids that are left over from your surgery are probably in your medicine cabinet, and your teenage sons' friends come into your medicine cabinet. I don't know that we've seen a lot of that. We certainly comply with that regulation. But I think it has the potential to be a double-edged sword.

The other thing I want to be sure that I emphasize to you all is pharmacists have this corresponding responsibility that we watch. There are colleagues in Florida, West Virginia, Georgia, and more that get into trouble because a physician may have written a prescription.

We're not with the police on that end, but we do have a corresponding responsibility to make sure that the prescription is for legitimate medical use. And if we have a question about that, we need to challenge that. We're not just dispensing machines. We have a professional responsibility.

And that ended up coming back to bite places like Walgreens and CBS that didn't have any regulatory oversight on their pharmacies. Nursing requirements, really. The bill and the regulations are pretty much silent on that. Certainly, nurses act as delegates so they can print the CSP on behalf of the providers. The one caution here is the regs say the provider has to review it. Not the nurse, not the M.A, not anyone else.

The electronic prescribing of controlled substances requirement went into effect January of 2019, and it was chaos. So they delayed it until 2020. We are doing it now. It's in terms of Mayo specifically.

We have a little glitch with our internal pharmacies across the enterprise where patients with international addresses are getting kicked out, so we are still accepting paper prescriptions for those. Nursing home controlled substance prescribing is a bit of a challenge, and we're trying to make that easier.

So a patient going to a local nursing home, if you're going to prescribe oxycodone or something, we're working on streamlining that. And certainly there's still an exemption for some of the federal institutions.

We originally started tracking this in February of 2018. So we had some February and some May data, and I pulled January data. The question I was trying to figure out is: What's the impact two years later now? Has it really changed? Maybe we're down from 58 tablets per prescription to 37. Maybe it's having a little impact there.

The longitudinal care with pain management happens in our outpatient family medicine and community internal medicine practice. Those prescribers come right to the top every time I run a list.

So there's a number of us, me and some of my pain management colleagues, we had a notification in our email when there's a naloxone dose that's administered basically outside of PACU in the ED, on the floor, or something like that. We have to review that chart and then we make a determination: does that need to be reported to the state Arizona Department of Health Services? And they’re suspected, probable, confirmed.

We're now looking to report naloxone doses that are used to reverse respiratory depression after a procedure. That's not what we're after. But when a 20-something-year-old shows up at the E.D. and is unresponsive, and we give them naloxone, and they wake up right away and tell us they did heroin two hours ago, that's going to get reported.

So how many of those do we have? Believe it or not, we have a fair number. There’s a little uptick here in 2019 with the EMS also report. So we have a little bit of duplication there. We did not have any deaths this year, but we did a couple in 2018. And then ADHS has the process. They, from time to time, want to review a chart with us to be sure that it was either reported properly, or they want to work backwards from that case and figure out what went on.

So in conclusion, I would say the opioid price crisis is probably likely to worsen more from illicit fentanyl and other types of abuse. Our supply side interventions may have minimal impact.

Watch, learn, and earn CME from the full video by clicking the button below.